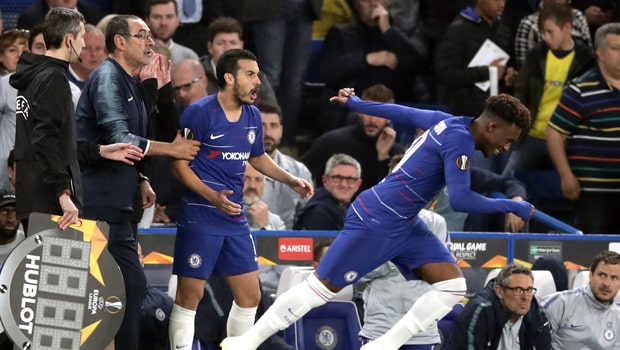 The Blues will be desperate to take advantage after top-four rivals Tottenham, Manchester United and Arsenal all lost over the weekend.

Victory over Burnley would be enough to see Chelsea move into third spot, thought they will have played a game more than their rivals at that point.

After weekend results, three points split Tottenham in third from Man United in sixth, with four clubs battling for just two spots in the top four.

Chelsea, like Arsenal, have the safety net of a Europa League semi-final as they seek to win that trophy and gain Champions League entry for next season via that avenue.

Sarri predicts the clubs chasing spots in the top four won’t have it easy over the final weeks of the season, something that was proved on Sunday as Man United were thumped 4-0 by Everton and Arsenal succumbed to a 3-2 home loss against Crystal Palace.

Chelsea are on a six-match unbeaten home run in all competitions, winning five, while the Blues have lost just one of their past 20 league matches at Stamford Bridge. Sarri remains wary.

“The last four or five matches will be difficult for every team involved in fighting for the top four, not only for us,” said the Italian.

“So we can see some very strange results in the last part of the season. We are going to fight and see at the end.” Chelsea are 1.25 to win on Monday, with Burnley 12.00 and the draw priced at 6.00.