Pan learns from past pain for first PGA Tour win 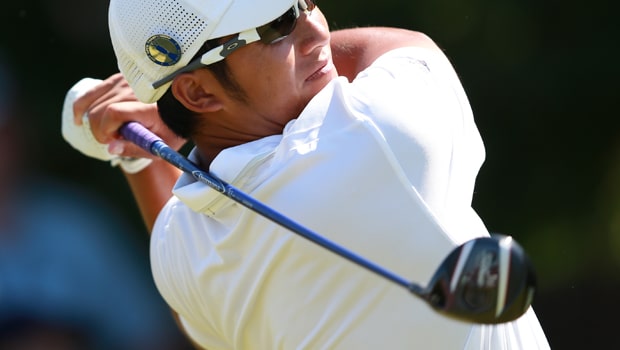 Chinese Taipei’s CT Pan won his first PGA Tour title with a one-shot victory at the RBC Heritage in South Carolina on Sunday.

Pan birdied the 16th hole to take the lead during the final round at Harbour Town GC, before making pars at the final two holes to win by a single shot from FedEx Cup leader Matt Kuchar.

Shane Lowry, Patrick Cantlay and Scott Piercy all tied for third on 10-under par, while world number one Dustin Johnson had a final round to forget.

The American led starting out but fell to tied-28th after shooting a six-over par that included seven dropped shots in five holes on the back nine.

A year ago Pan had a great chance to win the Wyndham Championship but fluffed his lines on the crucial final hole. He stood on the 18th tee that Sunday, tied with Brandt Snedeker, only to watch his drive sail right, hitting the cart path and bouncing out of bounds.

Pan ended up making double bogey while Snedeker rolled in a birdie putt and picked up the ninth win of his career. That experience was front and centre in Pan’s mind as he closed out his victory on Sunday.

“It definitely changed my perception on the last couple of holes down the stretch of what I should do,” he said.

“The last three holes I would say I played really well here, a lot of good shots just because I told myself I need to focus on the details, the little things, and just stay in present. “And that’s something I didn’t do at Wyndham.”