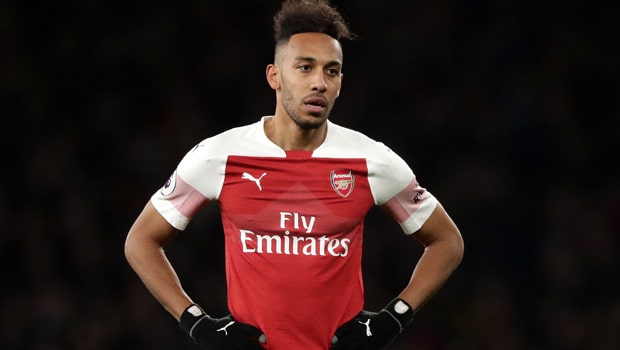 The Gabon international is key to Arsenal’s chances of progressing to the semi-finals but has been struggling with illness of late.

He has been restricted to substitute appearances in the last two league games, but the club’s leading scorer now appears fit and ready to go.

“He’s getting better and can start,” said Emery.

“He had a small problem and he has taken antibiotics for his illness. That’s the main reason he didn’t start those two matches.”

Captain Laurent Koscielny and midfielder Granit Xhaka trained on Wednesday despite injury issues and Emery concedes his team need to win the first leg on home soil. “We know we need to win,” said Emery.

“Our first target is to win, but also we don’t want to concede chances for them to score.”

Napoli have also had injury woes of their own, but forwards Lorenzo Insigne and Simone Verdi have passed fitness tests and travelled.

Carlo Ancelotti helped former club Bayern record a 10-2 aggregate success the last time he faced Arsenal but he admits his side need to be ready for a tough battle.

He told reporters: “That game with Bayern is only a good memory but they have a different manager so it will be a totally different story.

“Arsenal is still competitive in the Premier League and in Europe, and we have a lot of respect for this team.

“Unai Emery is a fantastic manager with a lot of knowledge. It’s a new era for the club with a different style and a different team because new players have arrived.”