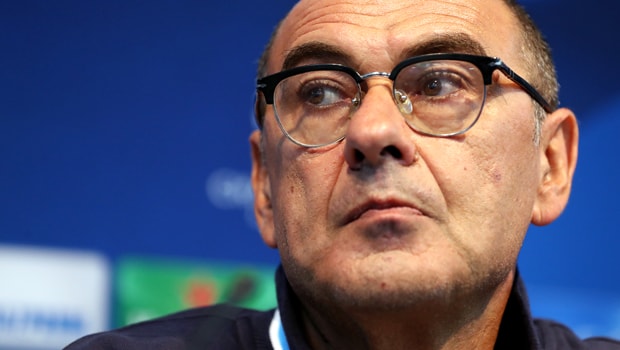 Maurizio Sarri says he is confident of keeping Eden Hazard, Thibaut Courtois and Willian at Chelsea and expects to hold talks with the trio by the end of the month.

Hazard has stated recently that he may be ready for a new challenge, while Willian is the source of interest from Barcelona.

Belgium internationals Hazard and Courtois have been heavily linked with moves to Real Madrid this summer.

The influential trio have yet to return for pre-season training as they recover from the World Cup but Sarri expects to be in contact with them soon.

His first Chelsea game ended in a 1-0 friendly win over Perth Glory, with Pedro scoring, and afterwards Sarri was asked about the futures of his three stars.

He is “confident” they’ll remain at Stamford Bridge but admits he’s not in total control of the situation.

“It’s a pleasure to have Courtois, to have Willian, to have Hazard, but it (their futures) doesn’t depend on me, not only on me,” Sarri told Sky Sports.

“So, we have to wait. I’m confident.” Courtois has only a year remaining on his contract at the Blues, with Hazard and Willian both under contract until the summer of 2020.

Chelsea are 13.00 to win the Premier League title next season.