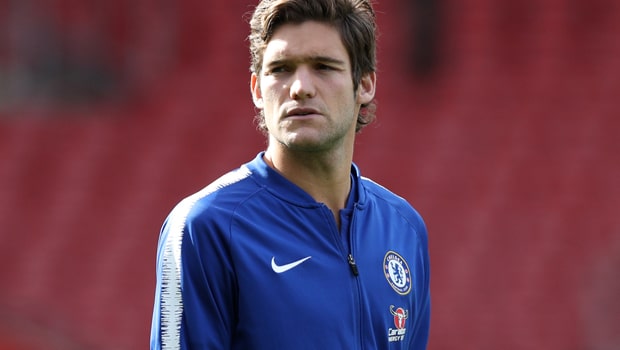 Chelsea left-back Marcos Alonso has confirmed he is close to signing a new deal at Stamford Bridge.

The 27-year-old has been a key member of the Blues squad since he arrived from Fiorentina in 2016.

Alonso has made 72 appearances in the Premier League, scoring 14 goals in the process. The Spain international is under contract until 2021 but he is now set to stay even longer.

He has flourished under boss Maurizio Sarri in a back four and Alonso admits he is delighted to be close to signing a new deal.

He told AS: “I am very calm and very happy at Chelsea, and the club must also be happy with me because, although I still have two years left on my contract, they have offered me an extension.

“We are talking about it and the talks to renew are already advanced.

If everything goes well, I think I will renew before the end of this month – in the coming days.

“My father takes care of that as he is the one who leads the negotiations. I am 27-years-old, I still have two more years and I am going to extend my contract.

“What concerns me is to play as well as possible to win matches and titles with Chelsea and with the national team. I’m calm with my contract.”

Alonso could be set to face some of his team-mates during the international break. Spain face Wales in a friendly on Thursday before then taking on England in their UEFA Nations League meeting on Monday. He will then return to club duty when Chelsea face Manchester United on Saturday October 20.