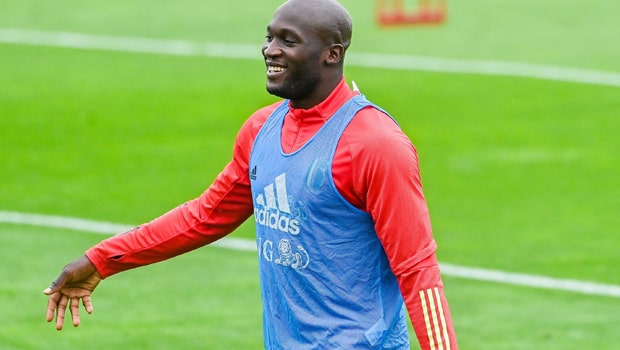 Newly-signed forward Romelu Lukaku scored the opening goal as Chelsea defeated Arsenal 2-0 in the London Derby played on Sunday at the Emirates Stadium.

Lukaku joined Chelsea this summer in a deal worth over £95million and his second debut for Chelsea couldn’t have gone better as he scored the opening goal for Thomas Tuchel’s side in the 15th minute of the game.

Arsenal went into the game as the weaker side after Alexandre Lacazette and Pierre Emerick Aubameyang were confirmed to have tested positive for COVID-19 which meant they missed the opening games of the season.

While the French striker was missing in the match-day squad, Aubameyang was a second-half substitute. Summer signing from Brighton, Ben White, also tested positive for COVID-19 and missed the game subsequently.

Arsenal was looking for their first win of the season and Chelsea was hoping to continue with another win after a 3-0 win over Crystal Palace last weekend.

Meanwhile, Lukaku who is on his second stint at the club didn’t score in his first stint when he had just 15 appearances between 2011 and 2014 but took just fifteen minutes to find the back of the net on Sunday evening.

Reece James made it 2-0 twenty minutes later as the European champions dominated the game and manager Thomas Tuchel showed he was contented with his players’ performances.

“He proved his value for the squad already. He linked really well with Mason Mount and Kai Havertz upfront and gave something to the game that we did not have already.” Tuchel said.

Arsenal will face West Brom in the EFL cup midweek before clashing with Manchester City at the Etihad Stadium next weekend in the Premier League.

It is similarly a big clash for the blues next week when they face Liverpool at the Anfield Stadium.

At the Molineux stadium, Dele Ali scored from the penalty as Nuno Espirito-Santo led Spurs to a 1-0 win over his former team, the Wolves.

Striker Harry Kane was also involved as a substitute while Manchester United held Southampton to a 1-1 draw on Sunday.