Spalletti lauds Insigne for stepping up his game 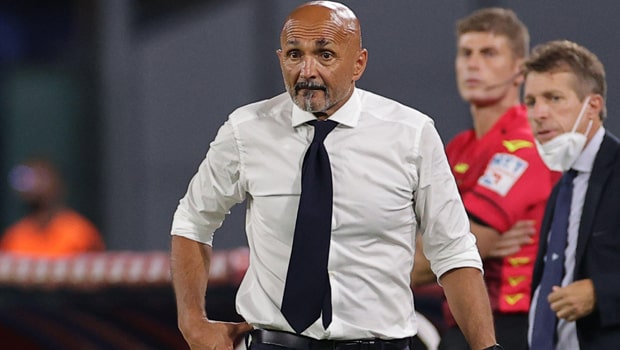 Napoli coach, Luciano Spalletti has hailed captain, Lorenzo Insigne for his performance in their game against Venezia.

He landed the winger for stepping up and taking the second penalty against Venezia after missing the first. This, he said proved what it means to wear the Napoli armband.

It wasn’t a dream debut for the former Inter Milan manager despite winning 2-0 withe ten men after Nigerian striker, Victor Osimhen was sent off after 23 minutes for striking Daan Heymans. Things could have turn worse when Insigne missed a penalty against the promoted side.

Insigne then raised the bar by converting another spot-kick and Eljif Elmas doubled their lead at the Stadio Diego Armando Maradona.

While noting that they started slow in the first half, he said the newly promoted side played, adding that the coach, Paolo Zanetti had organised the gameplan forcing the Azzurri to move the ball wide while the visitors hit them on the counter.

Spalletti told DAZN that his men were more efficient in the second half and Insigne with the second penalty proved himself again.

While stating that the captain comes through and shows how it should be done, Spalletti said players like Insigne helps others around him grow.

Meanwhile, Insigne’s future at Napoli remains uncertain, as he is in the last year of his current deal. According to reports,  negotiations for an extension are practically non-existent.

Lauding Insigne further, the former AS Roma coach said the winger has earned the right to wear that the club’s armband and must be praised.

While not doubting the ability of the Italian, he said he called on the crowd to keep supporting Napoli, because their presence can really gave the team a lift.

As it stands, Napoli will be playing their next three domestic game without a complete 9.

In other Serie A games over the weekend, Inter Milan thrashed Genoa 4-0, Juventus drew 2-2 with Udinese, and AS Roma defeated Florentina 3-1.