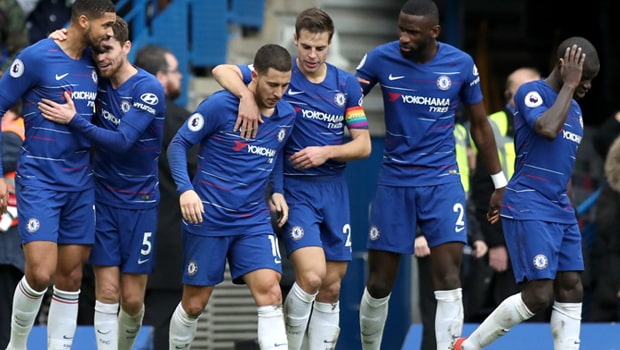 The 22-year-old was part of Gareth Southgate’s Three Lions squad that reached the last-four of the World Cup in Russia this summer, but he endured a slow start to the new season back at Stamford Bridge.

Loftus-Cheek is now hitting his stride, with his goal in Sunday’s derby win over Fulham making it five goals in his last six appearances for Chelsea.

Hazard, himself one of the world’s best, says he has always rated Loftus-Cheek highly.

“He’s a fantastic player. We all know. I’ve trained with him for five years,” Hazard told Sky Sports.

“I saw him when he was young, now he is not so young but he can still improve. But in the future I think he will be one of the best midfielders in the country.”

Chelsea head to Wolves on Wednesday night and Hazard wants three points at Molineux ahead of a blockbuster weekend showdown with champions Manchester City. The Belgian says his side cannot afford more dropped points.

“We dropped points against West Ham already, against Everton, so this kind of game we need to win,” Hazard said.

“After we play against big teams and in the big games you never know, you can draw or lose. So when we play these kind of games you want to win, but you also know that away is always hard.”

Attitude, as much as ability, will be key in ensuring they get the better of Wolves.

“It’s not enough just to think we’re going to win, it’s not like this in the Premier League. You need to show that on the pitch you want to win and you deserve to win,” he added.