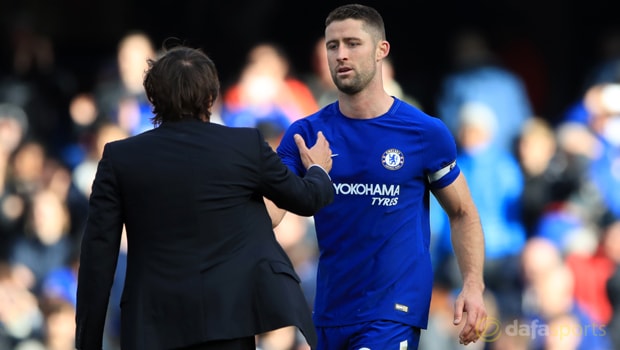 Chelsea defender Gary Cahill is confident Saturday’s 4-2 victory at home to Watford can spur the team on and mark the start of a positive run of results.

The Blues were under pressure going into the home clash, having failed to win any of their last three matches, but they managed to grab all three points in an exciting encounter.

The Hornets went 2-1 ahead shortly into the second half but after riding their luck on several occasions, the hosts produced a stirring comeback to win 4-2, a result that has lifted the defending champions up to fourth place.

Chelsea then go up against Bournemouth and Roma in the Premier League and Champions League respectively before playing host to title rivals Manchester United on November 5.

England international Cahill is delighted three points were picked up last time out and he hopes the players can use that as a springboard to success.

“Now we move on to the next one and try to build a bit of momentum that way,” he told the club’s official website.

“All of a sudden, when you get a few back-to-back wins, you’ll see how everything lifts and we’ll get back to expressing ourselves as we normally do.”

Conte’s men are 1.62 favourites to triumph at the Vitality Stadium on Saturday, the draw is priced at 4.20 while the Cherries, who beat Stoke City 2-1 last time out, are 5.25 outsiders.