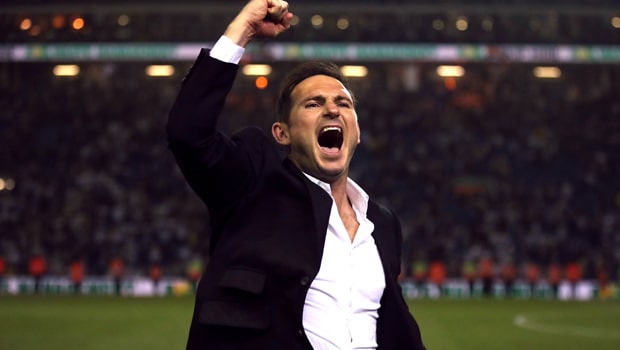 New manager Frank Lampard has urged Chelsea’s young players to prove their worth and force their way into the first team during the Blues’ transfer ban.

Lampard was unveiled as the new Stamford Bridge boss on Thursday and been charged with the task of bringing the good times back to the west Londoners after the Maurizio Sarri experiment was not deemed a success despite Europa League glory.

The 41-year-old arrives with just one year of managerial experience, guiding Derby County to the Championship play-off final last term but he does have the goodwill of the fans after his 13 successful years as a Chelsea player.

The club is currently under a transfer embargo, meaning Lampard will not be able to sign anyone during the current window but he seems happy with the players at his disposal.

There has been criticism of Chelsea’s policy towards home-grown youth in recent years, with successive mangers seemingly overlooking the talent on the doorstep for expensive foreign signings.

That is not an option for the new management team and Lampard wants those players coming through the ranks to step up to the plate.

“I have spoken about it and I will make it very clear going in that the door is open if you prove that you are good enough, but I do think the motivation should be there,” he said.

A number of Chelsea youngsters have been sent out on loan over the past couple of years but the likes of Tammy Abraham, Mason Mount and Reece James could well be recalled. It may also be a big season for Callum Hudson-Odoi and Ruben Loftus-Cheek as they will surely see more action with the former England star at the helm.

The Blues kick off their Premier League campaign away to Manchester United and are priced at 3.30 to take all three points, with the Red Devils on offer at 2.25.