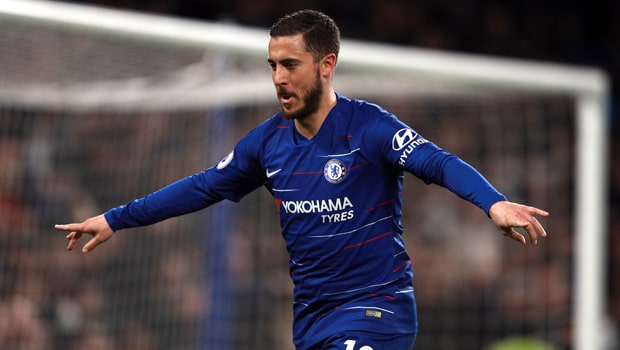 Chelsea’s Eden Hazard has taken a thinly-veiled dig at Tottenham, suggesting silverware and not playing in a new stadium is the Blues’ objective.

Reaction to the venue was positive, with fans blown away by the state-of-the-art facility that cost close to £1billion, according to reports.

It puts the north Londoners ahead of the Stamford Bridge outfit in terms of stadia, while Mauricio Pochettino’s side are one point and two places better off than fifth-placed Chelsea in the current Premier League standings.

Hazard was on target as the west Londoners beat Brighton 3-0 on Wednesday and the Belgium international could not help but point out the disparity in the respective clubs’ trophy cabinets after the match. “For the Premier League it is good,” he said.

“They have a new stadium, they have top players. But at the end you know, at Chelsea we have won a lot of trophies, they have not, so I hope this continues.”

Spurs are 1.40 to finish in the top four, with north London rivals Arsenal available at the same price, while Chelsea can be backed at 2.40 and sixth-placed Manchester United 3.25.

Hazard and his team-=mates are back in action on Monday when their quest for a place in next season’s Champion League continues at home to capital rivals West Ham United.

Maurizio Sarri’s side are priced as the 1.33 favourites to emerge with all three points, with Manuel Pellegrini’s Hammers on offer at 8.50.