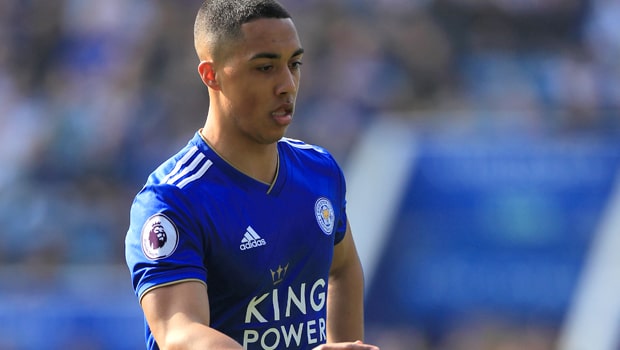 Leicester City boss Brendan Rodgers is excited by the talented Youri Tielemans, though he admits there’s plenty of uncertainty over the midfielder’s Foxes future.

The 21-year-old Belgian says he wants to be part of something special at the King Power Stadium having gained more first-team exposure since Rodgers arrived.

Tielemans joined Leicester on loan from Monaco until the end of the season in January, though he initially struggled to get a look in under previous boss Claude Puel.

He has flourished since Rodgers arrived from Celtic in February and says he will consider his options at the end of the season.

Rodgers admits he is none the wiser as to what might unfold at the end of the season, but for now he is enjoying working with Tielemans. “It’s always difficult, that one, because first he is a Monaco player,” said the Leicester boss.

“He’s loaned here to the club, so I’m sure there will be discussions with the club. “He’s a wonderful talent. He had built up his fitness after not playing much in the first part of the season.

He has a wonderful view of the game. For a 21-year-old, he has played a lot of games and has a maturity to him.”

While unsure on Tielemans long-term future, the Foxes boss is certain that he’s only going to improve as a footballer.

“The beauty with him is he is only going to get better. He trains with a smile and is trying to get intensity into his game. He is a joy to work with,” he added.

Leicester are 1.75 to make it four wins in five games under Rodgers when they travel to face relegated Huddersfield on Saturday. The Terriers are 5.00, while the draw is priced at 3.75.