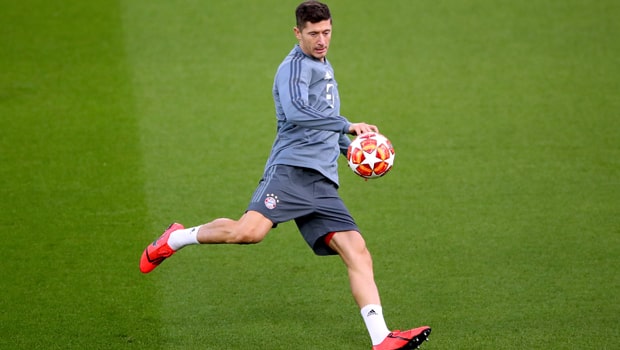 Bayern Munich forward Robert Lewandowski is looking forward to the top-of-the-table clash with Borussia Dortmund but does not feel it will determine the destination of the Bundesliga title.

In what has been an enthralling race for the German top-flight crown this season, Bayern find themselves two points adrift of BVB after 27 games and with it all to play for over the remaining seven matches.

The Bavarians have won the past six German titles and generally had things all their own way, but Dortmund have responded well this term and opened up a decent gap at the top of the standings in mid-season.

That has been clawed back but Bayern’s draw at Freiburg coupled with Dortmund’s 2-0 victory over Wolfsburg recently sees Lucien Favre’s side again in pole position.

The two German giants will square off in Der Klassiker on Saturday, with kick-off at 5.30, and, despite its significance, Lewandowski is refusing to read too much into the contest.

We still have a lot of games until the end of the season and I think the winner will have to take two steps.”

Bayern are 1.53 favourites to win the match on home soil, with Dortmund on offer at 5.50 and the visitors would probably settle for a draw at 4.50 to maintain a lead over their fierce rivals.