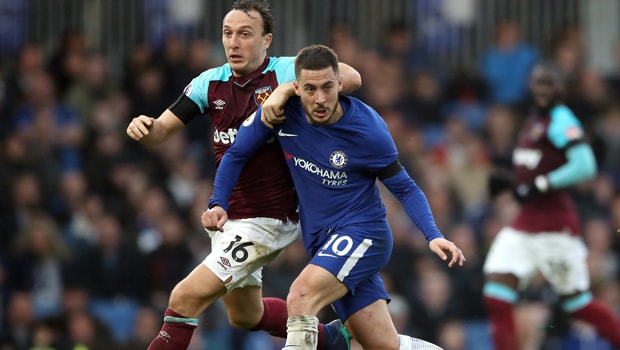 Eden Hazard has suggested it might ‘be time to discover something different’ amid speculation he’ll leave Chelsea this summer.

The Belgian scored for his country in Saturday’s 2-0 win over England in St Petersburg that gained them a third-place finish at the World Cup – their best to date.

The playmaker feels his efforts in Russia have likely highlighted his quality, and he appears to be still quite sold on joining European champions Real Madrid.

Prior to the World Cup starting Hazard insisted Real Madrid ‘know what they need to do’ to sign him, admitting he could be interested in a move to the Spanish capital.

He says it might now be time to move on from London and it appears his dream destination hasn’t changed seemingly.

Hazard told Belgian outlet HLN: “After six wonderful years at Chelsea it might be time to discover something different.

“Certainly after this World Cup. I can decide if I want to stay or go, but Chelsea will make the final decision – if they want to let me go. You know my preferred destination.”

Chelsea appointed Maurizio Sarri as their new head coach on Friday and the influential attacker has not entirely ruled staying at Chelsea, though it does appear he would prefer not to have a continuation of predecessor Antonio Conte’s methods.

“We knew already for a while that Sarri was going to become the new manager. If he’s a good manager? If he lets me win trophies, yes,” he added.

“[Napoli’s] Dries Mertens has told me he’s a good coach. We’ll have to work hard. The Italian way, but we were used to that with Antonio too.”

Chelsea are 13.00 to be Premier League champions next season and 1.60 for a top-four finish.