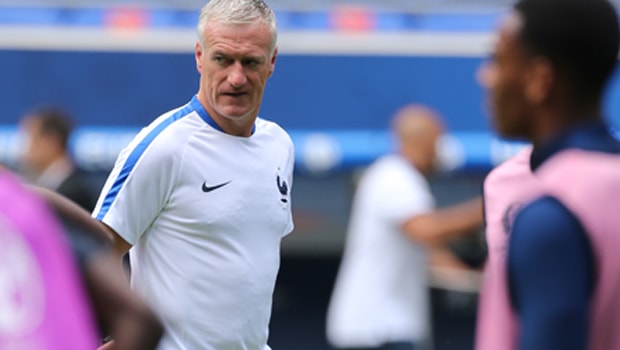 The Les Bleus boss felt it wasn’t a vintage performance, though there was enough mental strength shown to make it a worthwhile success.

Having captained France to the World Cup in 1998, Deschamps became just the third man – after Brazil’s Mario Zagallo and Germany’s Franz Beckenbauer – to win the competition as a player and coach.

He said the victory was “not about me”, adding: “It’s the players who won the game.”

An own-goal from Mario Mandzukic and a penalty from Antoine Griezmann had France ahead at half-time despite Ivan Perisic levelling matters in between.

Paul Pogba and Kylian Mbappe increased the lead and while Mandzukic pulled one back, it was France’s day.

Deservedly so, felt their coach, as they laid to rest the ghost of losing the Euro 2016 final on home soil against Portugal.

“We did not play a huge game but we showed mental quality,” he said.

“And we scored four goals anyway. “For 55 days, we have done a lot of work. We are proud to be French, to be Bleus.

“The group worked so hard and we had some tough moments along the way. It hurt so much to lose the European Championship two years ago, but it made us learn too.”

Deschamps also highlight the youth in his team, with teenager Mbappe named ‘Young Player of the Tournament’.

“It’s a young team, who are on the top of the world. Some are champions at the age of 19,” he added.