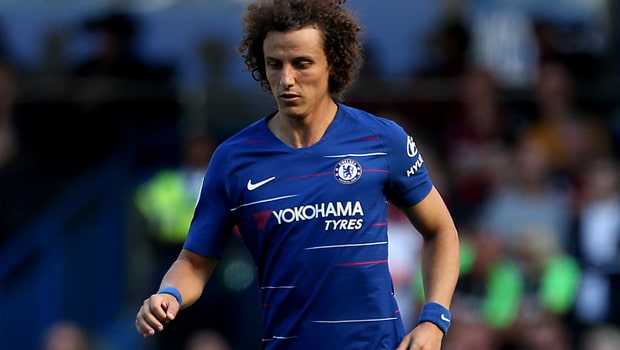 David Luiz says the Europa League is more difficult than ever but Chelsea can go and win it.

Chelsea have enjoyed a magnificent start to the season under new manager Maurizio Sarri, as they are top of the Premier League table with a perfect record of five wins from five.

Despite going behind to a shock Sol Bamba goal against Cardiff on Saturday, the Blues recovered with the help of a brilliant Eden Hazard hat-trick to beat their Welsh opponents and go top of the table by virtue of goal difference ahead of Liverpool.

Under Sarri, Chelsea have been praised for their attacking ability and talent going forward as opposed to the more cautious approach by fellow Italian predecessor Antonio Conte.

Luiz, who has previously indicated that he would not have stayed at Chelsea if Conte was still there, with the two having a publicised falling out last season, says Chelsea’s start will have laid down a marker to their opponents in all competitions.

However, the Brazilian, who has not travelled with the squad to Greece for their first Europa League game against PAOK, says they must not underestimate any of their opponents.

He told the London Evening Standard: “Many people don’t understand how hard it is to win this competition. The level is great. It’s not going to be easy to play.

I know because I have played in the Europa League more than once — I also played in it with Benfica.

“It’s not what everyone says about it [not being a good standard]. It is never easy to win a competition like this.”