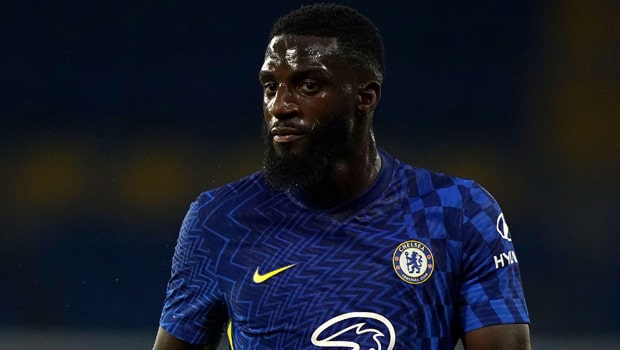 With the summer transfer deadline day in fast approaching, transfers are happening on a more frequent basis.

On Monday, Chelsea’s Tiemoue Bakayoko has joined Italian side AC Milan on a two-year loan deal.

The Frenchman joined the Blues in 2017 from Ligue 1 side AS Monaco for £40m and has gone on several loan deals including AC Milan, Monaco and Napoli.

AC Milan has started the season with two wins out of two games scoring 5 goals and conceding once.

The San Siro side defeated Cagliari 4-1 on Sunday while their opening game of the season was a 1-0 over Sampdoria.

Meanwhile, Tammy Abraham who scored in Roma’s 4-0 win over  Salernitana in the Serie A at the weekend also joined the Serie A club from Chelsea.

The series of transfers allowed the Blues to free up squad and improve on their finances to bring in Romelu Lukaku from Inter Milan.

The Belgian scored on his return to the Premier League in Chelsea’s 2-0 win over Arsenal.

Meanwhile, the Gunners who lost 5-0 to Manchester City on Saturday saw one of its players voice his frustration at his inability to play at the Emirates Stadium.

Midfielder Ainsley Maitland-Niles posted on his instagram page to show his displeasure at the limited role he has played so far this season.

“All I wanna do is go where I’m wanted and where I’m gonna play.” Miles posted on his handle.

The 24-year-old who spent half of last season on loan at West Brom has only featured as a substitute twice this season.

He was a second half substitute in last week’s 6-0 win over West Brom in the Carabao Cup while he also entered Saturday’s 5-0 loss to Manchester City in the Premier league in the second half.

The English midfielder was linked with a move to Wolves last season and has also been linked with Everton this summer.