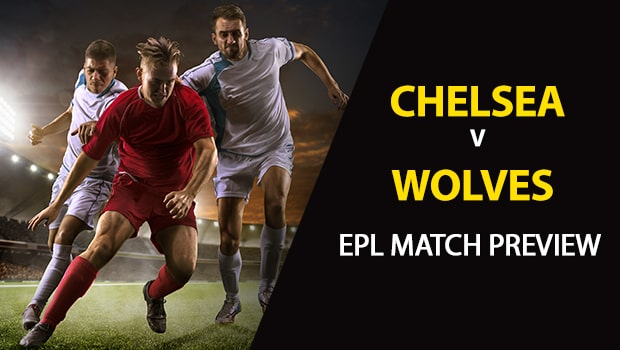 Chelsea will play hosts this weekend at Stamford Bridge as they get set to match up with Wolverhampton. Both sides will be looking to get back on the right track.

Draw: There’s a 23 percent chance the match ends in a draw. There’s a draw in 15 percent of AccuScore sims, suggesting no added side value on the draw.

Last 6: Wolverhampton is coming off a 2-0 win over Cardiff City last weekend. Wolverhampton has 3 wins, 2 draws and 1 loss in their last six overall. Chelsea will have a quick turnaround to this weekend’s match after a UEFA Europa League match vs Dynamo Kiev on Thursday. Prior to that match, though, Chelsea have 4 wins, 2 losses.

Amazing: This week, Raul Jimenez was adamant to the media that he and Jota have an “amazing” partnership. Jimenez scored his 13th goal of the season in last week’s 2-0 win over Cardiff.

Raul Jimenez has a 14-to-15 percent chance to score for Wolverhampton this weekend. He averages 1.83 shots overall per sim, 0.67 shots on goal per and 0.16 goals per sim.

Jota — Diogo José Teixeira da Silva — has a 16 percent chance to score for Wolverhampton. He averages 1.41 shots overall per sim, 0.56 shots on goal per and 0.17 goals per sim.