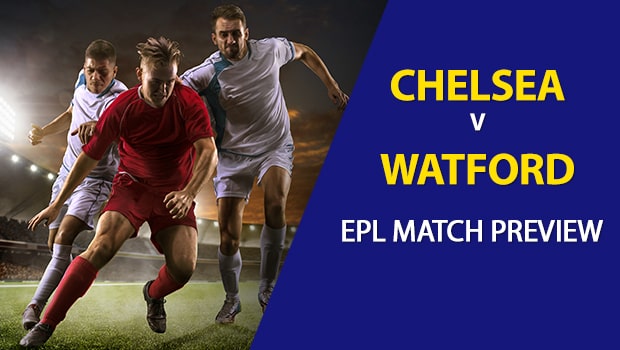 This Sunday’s Premier League slate features a few fairly lopsided matchups, but there’s still some value in the Watford-Chelsea fixture at Stamford Bridge.

Draw: There’s a 19.8 percent chance the match ends in a draw. There’s a draw in 22 percent of AccuScore sims, suggesting some added side value on the draw.

Showing Off: Interestingly enough, there have been rumors over the last few weeks that Chelsea may be a landing spot for Watford star, Roberto Pereyra. Keep an eye on him this match, as it feels almost like a tryout.

Pereyra has a 13 percent chance to score this weekend. He averages ~1 shot overall per sim, 0.36 shots on goal per and 0.14 goals per sim.

Andre Gray has a 13 percent chance to net the ball for Watford this weekend. Gray averages 0.8 shots overall per sim, 0.33 shots on goal per and 0.14 goals per sim.

Gonzalo Higuaín has a 42-to-43 percent chance to score for Chelsea this weekend. Higuaín averages 2.68 shots overall per sim, 1.07 shots on goal per and 0.56 goals per sim.