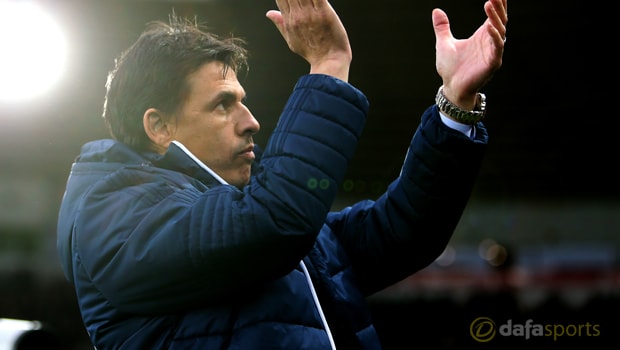 He insists he is not worried by the age of his squad following the arrival of several younger players in the January window.

Due to the financial climate at the club right now, the Sunderland boss was largely restricted to signing younger players with 20-year old’s Ejaria and Jake Clarke-Salter joining temporarily from Liverpool and Chelsea respectively.

As well as that, 22-year-old Fletcher was a deadline day capture from Middlesbrough, while experienced goalkeeper Camp was recruited on loan from Cardiff City.

Signing a trio of inexperienced players in January didn’t meet with universal approval on Wearside but Coleman has no concerns about the age of his players.

“It isn’t just up to experienced players. It’s up to everyone. If you play first team football you are accountable,” said Coleman.

“Whether you are 18 or 36, you have to take responsibility. Whatever the team is on Saturday, the lads have a job to do.”

All three deadline day signings are expected to go straight into the squad for Sunderland’s Championship home game with Ipswich Town this weekend.

“Lee has been there, seen it and done it, so that won’t be a problem, and Ovie has played international football for England and come through with flying colours. They’ll be fine.

“They’ll come in, add to us and help us. It’s just a matter of them getting onto the pitch now and hitting the ground running.”