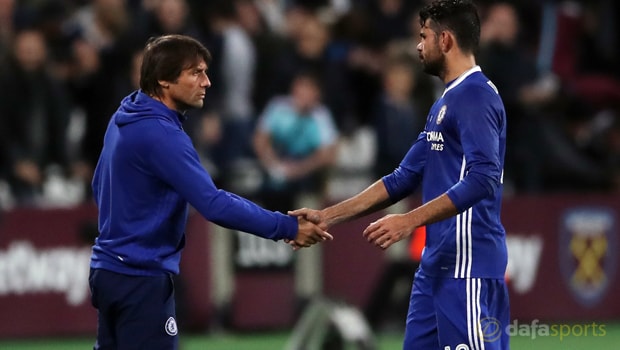 Chelsea striker Diego Costa says he has been told by manager Antonio Conte that he is not part of his plans for next season.

The Brazilian born striker has long been the subject of speculation linking him with a move away from Stamford Bridge, with intense rumours in the previous transfer window suggesting a big-money move to China.

After helping Chelsea to a second Premier League title in three seasons, Costa insisted he was happy in London and that Atletico Madrid was the only club he would consider leaving for.

Now, however, it seems the player has been told he won’t have a role at Chelsea in the new season.

Speaking to reporters after Spain’s 2-2 draw with Colombia on Wednesday night, Costa said: “I’m a Chelsea player, but they do not want me there.

Antonio Conte has told me by message that I do not follow at Chelsea and that’s it. Conte said he did not count on me for next season.

“It’s a shame, I’ve already forwarded the message to Chelsea people to decide. But it is clear that the coach does not count on me and does not want me there. You have to find a team.”

Costa’s hopes of returning to Madrid are in limbo, with the Spanish club remaining under a transfer embargo following a recent failed appeal to the Court of Arbitration for Sport.

Waiting for that ban to end would complicate matters for the Spain international, especially if it means twiddling his thumbs at Chelsea during a World Cup year.

“It’s complicated, but people know that I love Atletico a lot and that I love living in Madrid,” he added.

“It would be nice to go back, but it’s difficult to be four-five months without playing. It’s a World Cup year and there’s a lot to think about.