Golden State Warriors on the brink of NBA history 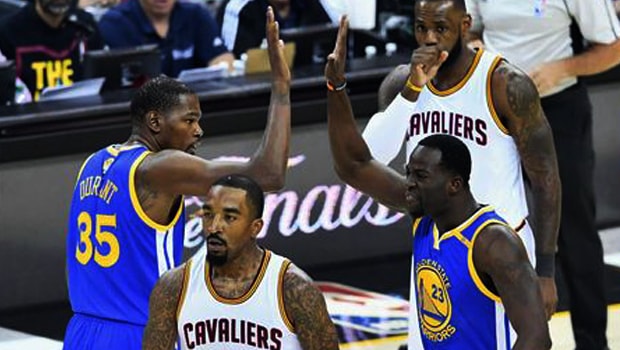 The Golden State Warriors are one win away from becoming the first team to go through the NBA Finals unbeaten after defeating Cleveland 118-113 in Game 3.

Now they are just one win short of going through the entire post-season unbeaten.

Kevin Durant scored 31 points for the Warriors, who came from behind after Cleveland led by six points with three minutes to play but Durant led an impressive 11-0 run to secure the win.

No team has come from 3-0 down to win an NBA play-off series in 126 attempts.

The Warriors will bid on Friday to become just the ninth team to record an NBA Finals series whitewash and the first since the San Antonio Spurs, also against Cleveland, in the 2006/07 season.

Cleveland came from 3-1 down in last year’s finals to overcome the Warriors 93-89 in the deciding Game 7 but their star-man LeBron James admits that the Cavaliers are now facing close to mission impossible.

James suggests Cleveland will need the perfect game on Friday, just to avoid the dreaded sweep and stop Golden State from creating another slice of history.

“We made enough plays tonight to win the ball game, but they made a couple more.” Cleveland are 21.00 to win the NBA Finals.