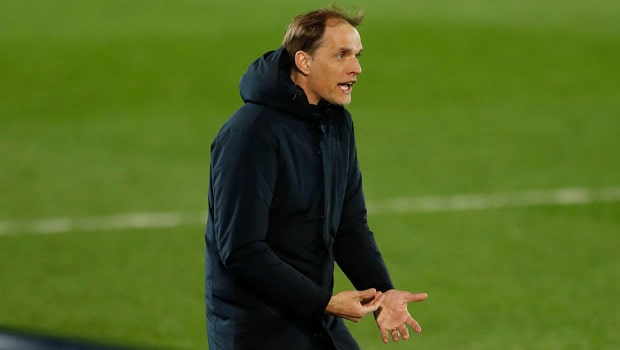 Manchester City will hope to complete a treble of titles on Saturday, May 29 at the Estadio De Dragao Porto when they face fellow Premier League side, Chelsea, in the final of the 2020/2021 UEFA Champions League.

The Cityzens won the Carabao cup and also the Premier League title already this season.

The final was initially meant for the Atatürk Olympic Stadium in Istanbul, Turkey but was shifted to Portugal in a bid to allow fans to attend the final. European football governing body UEFA announced on 13 May 2021.

Meanwhile, Manchester City secured their first-ever European final after knocking out French side Paris Saint Germain 4-1 on aggregate in the semi-final.

Pep Guardiola’s side had initially defeated German sides Borrusia Monchengladbach and Borrusia Dortmund in the Quarter-final and Semi-final respectively.

It is Pep Guardiola’s first European final as a manager since his success with Barcelona in 2009 and 2011. Despite coaching Bayern Munich to Bundesliga success during his time there, he never led the Bavarians European success.

However, Chelsea goes into the final with the UEFA Champions League their only chance of lifting a trophy this season.

The blues started the season with the former midfielder, Frank Lampard, at the helms of affairs but was sacked midway into the season after a poor run of form.

Former Dortmund manager Thomas Tuchel was appointed and a complete turnaround was experienced at Stamford Bridge.

Chelsea got past Atletico Madrid, Porto, and Real Madrid in the Round of 16, quarter-final and semi-final respectively while they also lost the FA Cup final to Leicester City.

The Blues barely made the top four in the Premier League on the final day after losing to Aston Villa but a win against City on the 29th of May will mean a successful season.