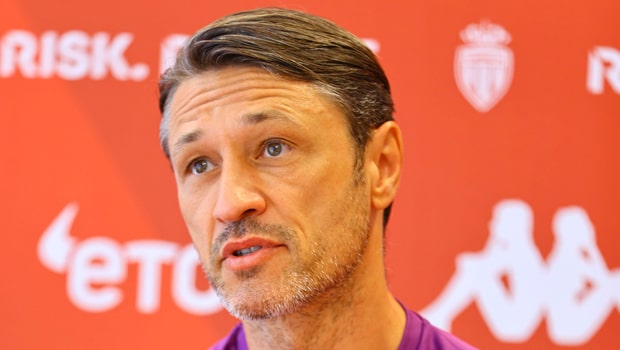 Week two of the French Ligue 1 resumes this weekend with Monaco traveling to Lorient.

Monaco will be going into the clash on the back of their progress in the third qualifying of the Champions League after defeating Sparta Prague 5-1 on aggregate.

It is therefore expected that the Principality club will be high on confidence. But what will be important is their recovery for the game as they still also have the final Champions League hurdled to pass against Ukrainian giant Shakhtar Donetsk.

After opening their campaign with a  1-1 draw against Nantes, coach Nico Kovac won’t want his men to fall further off the league standings. This is why the former Bayern Munich manager needs to get his tactics right.

Speaking ahead of the clash, Kovac said things have to be taken stage by stage, adding that Lorient is the first stage.

Noting their last meeting with Lorient, he said they were two difficult games. He, therefore, said Monaco must be up to speed to secure a win against them.

Acknowledging that some changes will be made to the side depending on the players’ fitness, but I’m not yet looking at Shakhtar. But what matters to him now is to focus on Lorient because all Ligue 1 matches are essential.

The 22-year-old midfielder insisted that the young side will be up for the Lorient clash.

Speaking in awe of his teammate Aurélien Tchouameni, who was superb last season, the former Strasbourg player hopes to see him maintain such a high level of consistency this season or even go higher.

Meanwhile, Lorient began their Ligue 1 season with a 1-1 draw at Saint-Etienne. Before the draw, they had won their last four home games under Christophe Pelissier.