Chelsea manager Maurizio Sarri eager to improve at the back 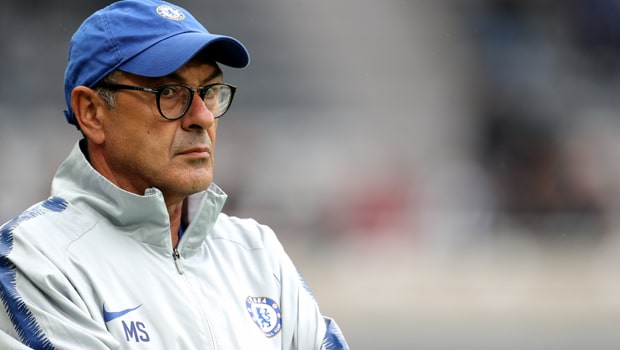 Chelsea manager Maurizio Sarri insists his side can improve at the back despite seeing them win five Premier League games in a row.

The Blues started the campaign with a resounding win over Huddersfield and they kept a clean sheet on their visit to the John Smith’s Stadium.

However, they have since conceded in three of their last four games although they did go on to beat Arsenal, Newcastle, Bournemouth and Cardiff.

They fell behind against the Bluebirds and Cardiff coach Neil Warnock claimed the Blues may struggle against the big teams this season.

Sarri admits he does have some worries but he is confident they will be ironed out in the coming weeks.

“I think he is right, because we are very dangerous in the defensive phase, we need to improve there,” he said.

“I have to organise better the defensive phase and the players have to understand that. I think my opinion in this moment, two teams, Liverpool and Manchester City are better than us. We have to improve step by step.

“My target is to become the best team in England in one year, 18 months. That’s the target.”

Chelsea are next in action on Thursday night when they take on PAOK in the Europa League. PAOK are 4.00 to win, the draw is 3.75 and Chelsea are priced at 1.91.