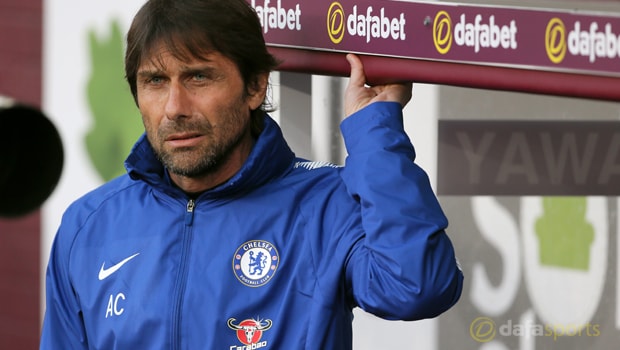 Chelsea manager Antonio Conte has called on his men to finish the Premier League campaign strongly as they remain in the hunt for a top-four finish.

The Italian made six changes to his side for the trip to Burnley on Thursday with Sunday’s FA Cup semi-final against Southampton clearly on his mind.

However, his decision to rotate came up trumps as his men went on to claim three points at Turf Moor courtesy of a 2-1 triumph.

Chelsea, who are priced at 2.63 to win the FA Cup, were gifted the opening goal when Kevin Long put into his own net and Victor Moses had to provide the winning goal after Ashley Barnes had equalised in the second half.

The Blues remain in fifth and they are five points adrift of fourth-placed Tottenham with four games still to play.

Conte has urged Chelsea to keep their focus over the remaining few weeks of the term in the hope that they can edge into contention for a spot in the Champions League.

“I am very pleased to see this performance but for the whole team. We showed great spirit and great enthusiasm, Burnley are having a fantastic season,” Conte said.

“To come here and win this way, without conceding chances is good. We have to continue in this way and try to finish the season as strong as possible.

“We have to continue to work, to do our job and then at the end of the season the club has to make the right decision and consideration.

“We must be focused – me, my players, my staff – to get the best possible finish and to continue like today.”