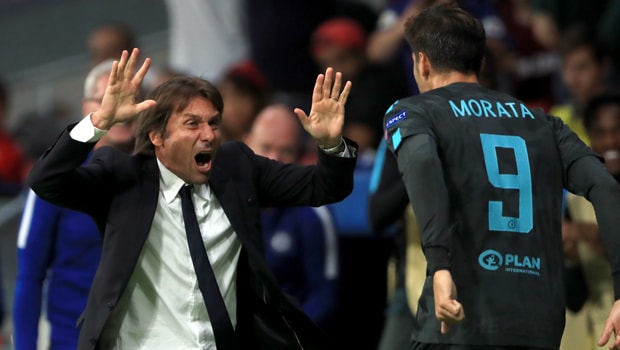 The Spaniard made a sensational start to his career at Stamford Bridge before then struggling after Christmas.

He scored seven goals in his first seven starts before then finding the net just three times in 23 games.

Chelsea failed to qualify for the Champions League and lost their title to Manchester City and Morata also missed out on the Spain World Cup squad.

Critics expected him to struggle once again this season but the 25-year-old rejected advances from Juventus and has impressed during the first three games under Maurizio Sarri.

He scored his first goal of the campaign during the 3-2 win over Arsenal and he is confident his best days are now ahead of him.

“For me, it’s easy. I could have gone back to Spain or Italy, all the people believe in me there, but I want to change things here,” said Morata.

“I want to, not for all the haters, but for me and for Chelsea. Chelsea gave me everything that I needed and now I have time to give back all that Chelsea give me.

“The most important thing is the way we play. Last season it was direct balls and for me to protect the ball in the air is not my best quality.

“Now I can attack the space, I can play one touch and go in the area for the crosses. It’s better for me.”

Chelsea have won their opening two Premier League games this season and they are 12.00 in the outright betting to win the title.