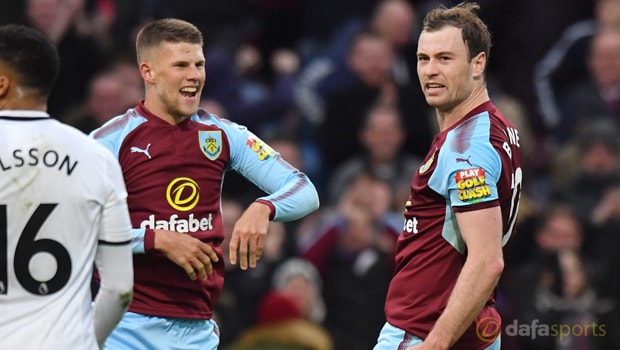 Ashley Barnes believes Burnley’s flying start to the season means they are more than capable of securing a top 10 finish in the Premier League this term.

The Clarets have arguably been the surprise package of the season to date, currently sitting seventh in the standings after collecting 22 points from their opening 12 games, the same total as division heavyweights Arsenal and Liverpool.

Sean Dyche’s side have also only lost two league games all term and their impressive run has seen them pull eight points clear of the bottom half of the table.

Frontman Barnes has played a major role in Burnley’s early-season success, as he netted his first goal of the campaign during last weekend’s 2-0 home victory over Swansea.

The 28-year-old wants his side to continue showing ambition throughout the campaign and he believes a top-half finish has to be a realistic goal following their impressive start.

“I don’t see why not. We have to strive for being the best we can,” Barnes was quoted as saying by the Lancashire Telegraph.

“I think we have to set our sights high. It’s one game at a time from the gaffer and our main aim is to be better than last season.”

Burnley’s away form has particularly improved this term, as they had to wait until April to register a success on their travels last season, but this year they have emerged unbeaten from away trips to Chelsea, Tottenham, Liverpool, Everton and Southampton.

The Clarets are also unbeaten in their last five league matches at Turf Moor and they will be hoping to extend that record when Arsenal make the trip north on Sunday.

The Lancashire outfit are priced at 6.00 to secure a victory against the Gunners, who are available at 1.57, while the draw is on offer at 4.20.