Chelsea beat Liverpool To Progress To FA Cup Next Round 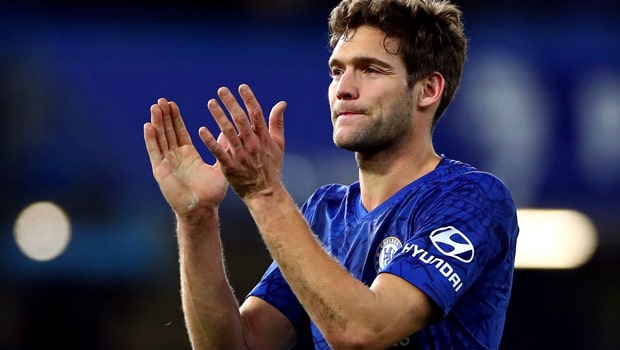 Chelsea FC on Tuesday were 2-0 winners over Liverpool in the English FA Cup at the Stamford Bridge.

The Blues took the lead in the 13th through Brazilian Winger Willian, and five minutes later, Marcos Alonso struck the crossbar.

Liverpool could have equalized moments later with Senegalese forward Sadio Mane strike was saved by an impressive Kepa Arrizabalaga.

The Spanish Goalkeeper was impressive all through the game and was a major reason Chelsea went into the break with the lead.

In the second half, Chelsea lost the goalscorer, Willian, to injury in the 49th minutes before he was substituted two minutes later.

However, it was no problem for Frank Lampard’s men as Ross Barkley scored the Blue’s second goal of the game in the 64th minute as he struck from the edge of the box.

The game ended 2-0 in favor of the Blues as the loss becomes Liverpool’s second in successive games after their unbeaten run was ended by a 3-0 loss to Watford at the Vicarage road.

Chelsea just recorded their first win in three games and will look forward to their next opponents in the next round.

While Liverpool are almost confirmed as Champions of the English Premier League with a 22-point gap above Manchester City, Chelsea, on their own part are seeking for UEFA Champions League places, sitting 4th on the log with 45 points, three more than Manchester united in 5th.

In other results, Arsenal beat Portsmouth 2-0 on Monday while Sheffield United Beat Reading 2-1 while West Brom lost at home 3-2 to Newcastle pm Tuesday.

On Wednesday, Sheffield Wednesday and Manchester City will play while Leicester will host Birmingham, Derby will play Manchester United while Tottenham and Norwich will play.