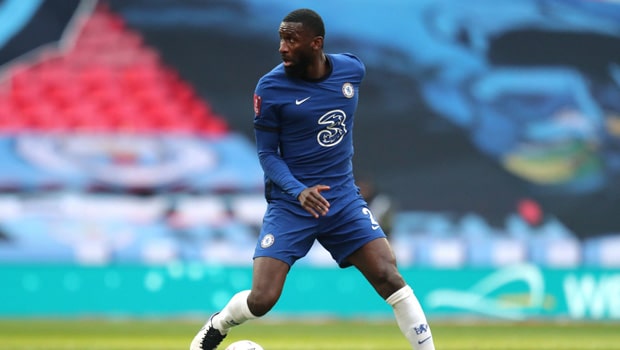 Chelsea defeated Leicester City 21 in a Premier League game played at the Stamford Bridge on Tuesday evening as the blues avenged their 1-0 loss to the foxes in the FA Cup final at the weekend.

Youri Tielemans scored Brendan Rodger’s only goal on Saturday as they won the FA Cup for the first time in their history.

However, both teams played again at Stamford Bridge on Tuesday evening as both teams fight for a place in the UEFA Champions League next season.

Just like in the FA Cup final Chelsea had their first goal of the game on Tuesday evening disallowed by the VAR for Handball.

Timo Werner had scored in the 35th minute but it was canceled due to a handball in the build-up.

However, Chelsea had their opening goal in the second half in the 47th minute through Antonio Rudiger and twenty Minutes later it was a penalty by Jorginho that gave the Blues the two-goal advantage.

Nigerian striker Kelechi Iheanancho scored his first goal in three games to half the deficit for Brendan Rodger’s side but it wasn’t enough as Leicester City’s UEFA Champions League hopes hit hard rock.

Chelsea moved into third with the win with 67 points, one above Leicester and four above Liverpool in the fifth position.

in other results, Brighton defeated Premier League champions Manchester City 3-2 on Tuesday, Okay Gundogan gave City an early lead in the 2nd minute but 8 minutes later, Pep Guardiola’s side was reduced to ten men after Joao Cancelo was sent off.

Phil Foden made it 2-0 immediately after the break but the hosts pulled one back in the 50 through Leandro Trossard before Adam Webster and Dan Burn scored in the 72nd and 76th minutes to secure the shock win.

Meanwhile, at Old Trafford, Manchester United were held to a 1-1 draw by relegated Fulham, Edinson Cavani had given the Red Devils the lead in the first half with a fantastic strike but the Cottages got the point through Joe Bryan with 14 minutes left on the clock.