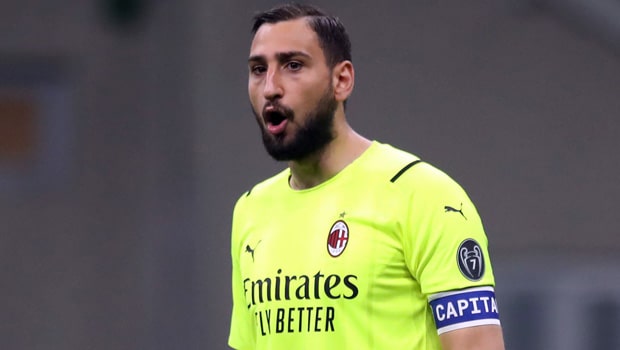 Indications have shown that the only thing AC Milan needs to achieve to keep goalkeeper Gianluigi Donnarumma is to qualify for the Champions League.

The Diavolo returned to Europe last season by featuring in the Europa League before being knocked out of the last 16 by Partizan Belgrade. They have moved on to improve as they are currently occupying the  3rd position on the log.

But the problem is that they are likely to miss the top four spot after being forced to a goalless draw by Cagliari, who needed the point to secure their Serie A safety. The Rossoneri, therefore, needs to win their final game against Atalanta on the last day.

If they fail to secure a win in the game, they will be hoping that either Juventus or Napoli draw their last games against Bologna and Hellas Verona, respectively. The draw against Cagliari leaves them joint 3rd with the Pertonopei and a point above the Bianconerri, who squeezed out a 3-1 win over Sassuolo at the Mapei Stadium.

Although Italian number one goalie wants to remain at San Siro, it won’t be easy to do so without Champions League football.

The Italian media believe that this is why he is yet to sign a new deal with the Diavolo after being offered a new five-year contract of €8m per season.

However, his agent Mino Raiola has reportedly asked for €10m a year, which could be hard for the club to meet up due to their present finances and the sporting project.

Donarumma no doubt loves the Rossoneri, but the 22-year-old goalie will want to join a club that will have more ambition and wants to win titles.

Meanwhile, the latest development has kept Juventus waiting as they monitor the situation and make an offer to the player.

This season, Donnarumma, who was tested positive for COVID-19 at a point in this season, has played 36 Serie A games and has kept 13 clean sheets in the process.