Antonio Rudiger: I chose Real Madrid ahead of Barcelona 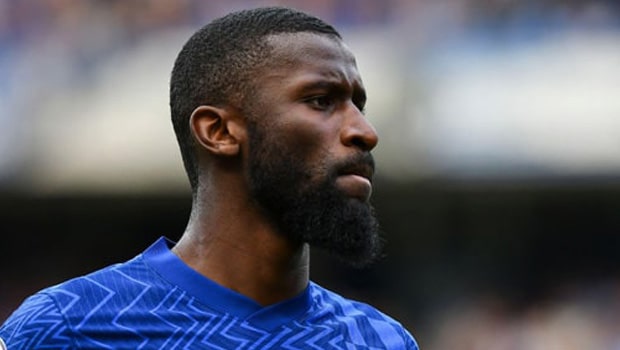 Former Chelsea defender Antonio Rudiger has revealed that his choice was either a move to Real Madrid or nothing, explaining that he never considered Barcelona, who showed late interest.

The German defender Anthony was officially unveiled as a Real Madrid player on Monday evening. He stated that he will give all he can to win trophies at the Santiago Bernabeu.

“There was [a call] from Barcelona, but I told my [agent] it was Real Madrid or nothing. I will give everything to the club, and I want to win as many trophies as possible. It’s all about winning at Real Madrid. This is what they’ve demonstrated over the past years.” Rudiger said.

Rudiger exited Chelsea at the end of last season as a free agent after failing to renew his contract with the London side. He has signed a four-year deal with Carlo Ancelotti’s side.

The 29-year-old has been handed the number 22 jersey previously worn by Isco, having passed his medicals.

He joined Chelsea from the Italian side Roma in 2017, making over 130 appearances for the Blues in five years.

The club has been busy in the transfer period, with deals for Kylian Mbappe falling through as the french forward chose to stay at the Parc De Princes despite intense interest from the Los Blancos.

They have also penned down a future bid for Erling Haaland, who joined Manchester City this summer. According to reports, the La Liga champions will trigger his release clause in 2024. His release clause is set at around 130 million euros and can only be triggered in 2024.