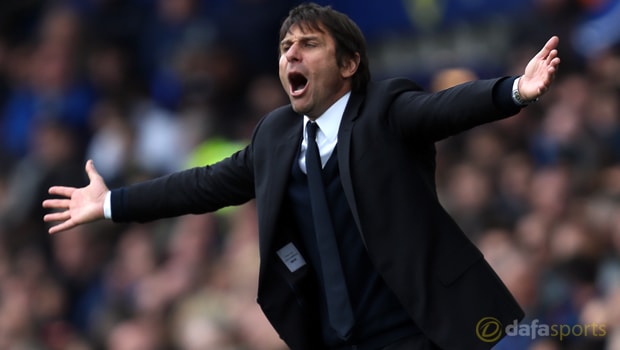 The Italian also says that it impacts on England’s chances at major international tournaments as players are tired at the end of the season.

Conte, the former Juventus and Italy boss, has enjoyed a magnificent first term in charge of Chelsea.

He stands on the brink of a league and FA Cup double but is already warning that things will get a lot tougher next season when the Blues return to European football.

Chelsea’s travails last season meant that Conte took over at Stamford Bridge this term with no European football on the agenda.

After a slow beginning, his side has marched confidently towards the title. They face Middlesbrough on Monday needing two wins from their final four games to secure the silverware.

Later this month, they will also square off against London rivals Arsenal in the FA Cup final at Wembley.

Whatever becomes of this season, Conte is already bracing himself for an increased workload next term.

No Premier League side has contested a Champions League final since Chelsea in 2012, while England haven’t reached the last four of a major international tournament since Euro ’96.

“This league is very difficult. It’s strong. It’s a totally different to the Italian or Spanish leagues,” Conte said.

“Every single game you must fight a lot and, I think, also, for this reason, it’s not easy to arrive at the end of a European competition.

“Also for the national team, it’s very difficult to try and do very well in the World Cup or the Euros because you arrive at the end of the season and the players are tired.”