Antonio Conte: Strikers must be prepared to suffer for Chelsea cause 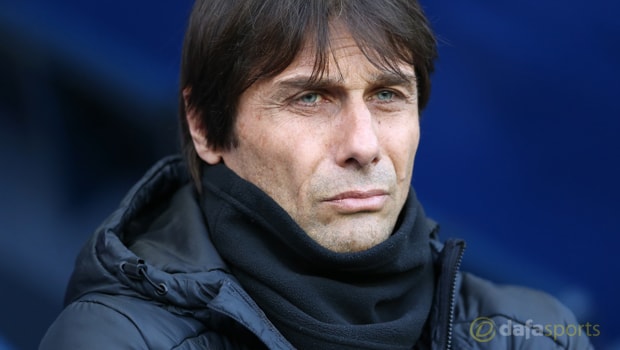 Chelsea boss Antonio Conte admits his strikers may have to endure a night of suffering during the second-leg of their Champions League last 16 tie with Barcelona on Wednesday.

The two teams will head into the second-leg of the tie following a 1-1 draw at Stamford Bridge last month, a match that saw Chelsea defend diligently and surrender a lot of possession to their opponents.

The Blues also adopted that approach during their recent Premier League defeat to Manchester City and, Eden Hazard, who started as a false nine in both those games, was not too pleased with the role he was asked to play.

Conte could once again choose to deploy Hazard in that position during Wednesday’s second-leg at the Camp Nou, while he also has the options of either Olivier Giroud or Alvaro Morata if he wants to go for a more conventional striker.

The Italian admits whoever he chooses to start with up front will have to do a lot of suffering for the Chelsea cause, with Barcelona expected to dominate possession and territory once again.

“We need to repeat the game we played at Stamford Bridge and to try to exploit the chances to score”.

Chelsea are unbeaten in their last eight matches against Barcelona, all of which came in the Champions League, while they secured a 2-2 draw on their last visit to the Camp Nou in 2012 – a result that would be enough to see them through to the quarter-finals on Wednesday night.

The west Londoners are priced at 4.00 to qualify for the last eight at the expense of Barca, who are available at 1.22 to reach the quarter-finals.