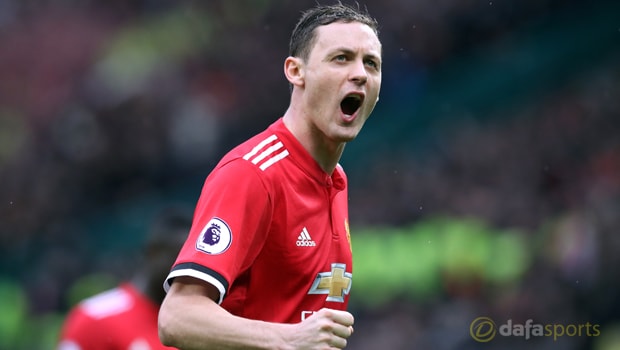 Nemanja Matic believes Tuesday’s clash with Sevilla in the second-leg of their Champions League last 16 tie is arguably Manchester United’s ‘most important’ game of the season.

The two teams played out a goalless first-leg at the Ramon Sanchez Pizjuan last month so everything is still to play for ahead of Tuesday’s showdown at Old Trafford.

United should certainly be full of confidence ahead of the clash, as they have recorded three successive wins since the stalemate in Andalusia, claiming all three points against Chelsea, Crystal Palace and Liverpool to consolidate their second-place standing in the Premier League.

Serbia international Matic certainly feels those wins will stand them in good stead against Sevilla and he has talked up Tuesday’s clash as potentially being their biggest game of the season to date.

“This is very important for our confidence to win this sort of game,” Matic was quoted as saying by Estadio Deportivo.

“We defeated Chelsea, Crystal Palace and Liverpool, so confidence will be on a big level, definitely.

“We have to see what we did well to continue like this, we have to know where we made mistakes to improve.

“The next game is very important for us, maybe the most important game of the season. We have to beat Sevilla to go through, so we give our best.”

The Red Devils have not reached the quarter-finals of Europe’s premier club competition since David Moyes was in charge four years ago, but they are priced at 1.44 to book their place in the last eight on Tuesday, while Sevilla are available at 2.62 to qualify.