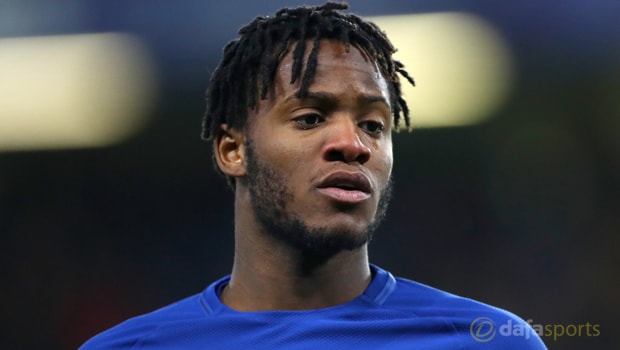 Borussia Dortmund ace Marco Reus hopes loan signing Michy Batshuayi remains with the club beyond the end of the season.

Belgium international Batshuayi joined BVB on loan for the rest of the 2017-18 campaign from Chelsea during the January transfer window and he has impressed during his time at Signal Iduna Park, as he has netted seven goals in nine appearances across all competitions.

Batshuayi’s performances have certainly caught the eye of Reus, who is keen for the 24-year-old to remain with Dortmund for the long-term, while he is also hopeful his side can secure a top-four finish in the Bundesliga this season and with it, a place in next seaosn’s Champions League.

“I would be very happy if Michy stays,” Reus told Bild.

“He showed how important he can be for us. I hope we finish the season in a Champions League place.”

Reus has already underlined his commitment to the Dortmund cause, as he signed a new five-and-a-half-year contract with the club last week and if he honours those terms then he will have been associated with BVB for 11 years.

The German international’s previous deal was due to expire in the summer, but he can now focus on what could be a busy end to the season for Dortmund, as they are not only challenging for a top-four finish in the Bundesliga, but they are also still competing in the Europa League.

Indeed, Dortmund’s next match is the second-leg of their last 16 tie with Salzburg in that competition on Thursday.

Peter Stoger’s side lost the first-leg against their Austrian opponents 2-1 on home soil last week, but they are priced at 2.20 to secure a victory this time around, while Salzburg are available at 3.00 and the draw is on offer at 3.40.