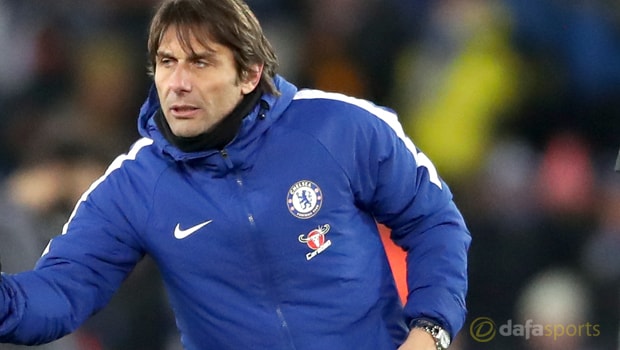 Spurs go into the game in fourth place, five points clear of Chelsea in fifth, with only eight games remaining.

Defeat in the London derby would leave Chelsea facing an arduous task to try and reel in Mauricio Pochettino’s side.

Conte has set his team the twin aims of securing a top-four finish and winning the FA Cup over the next two months and the Italian knows that one of those targets could suffer a fatal blow on Sunday. “For sure this is an important game for us,” said Conte.

“Our target is to try and take a place in the Champions League and reach the final of the FA Cup and to win if we are able.

“Sunday is an important game because if we win we go very close – otherwise we continue to stay not so close and with seven games to go it will be difficult to take a place in the Champions League.

“Nothing is impossible. In this run I put Liverpool as well. For us, we have to try to win every game and not make mistakes.”

Tottenham are without Harry Kane for the showdown at Stamford Bridge but Conte feels they can cope without the England forward.

“I think we are talking about one of the best strikers in the world,” said Conte. “When you have a striker who scores 30 goals every season, for sure when you miss this type of player you can feel this.

“But at the same time I think Tottenham is an important team for the whole team. They have many important players, talented, they play good football with great intensity.

“In the past they showed despite Kane missed many games nothing has changed.”