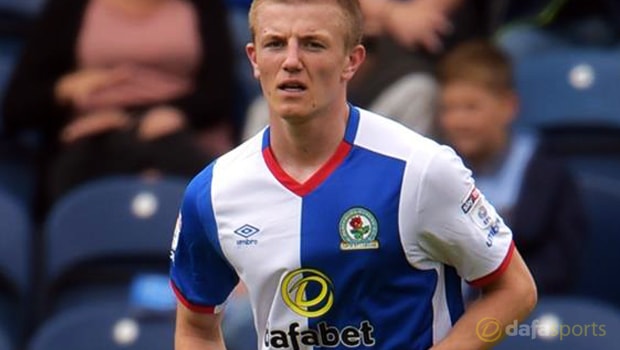 Scott Wharton is hopeful he can force his way into Blackburn Rovers’ first team next season and help the club win automatic promotion back to the Championship.

Blackburn, who were in the Premier League back in 2011-2012, endured a dismal campaign in England’s second tier this year and they were relegated on the final day despite beating Brentford 3-1 at Griffin Park.

Rovers are now planning for life in League One and the owners are set to hold talks with manager Tony Mowbray, who did improve the performances after taking charge on February 22.

Defenders Adam Henley, Wes Brown, Gordon Greer and Joshua Askew have all been released by the club whilst midfielders Hope Akpan, Danny Guthrie and captain Jason Lowe are joining them in heading for the exit door.

That has left some gaps to fill in the first-team squad and defender Wharton, who impressed when on loan at Cambridge United in the second half of this season, is hoping he can take one of the spots.

“I think I have learned a lot, I feel I have come back a better player,” he told the Lancashire Telegraph.

“I am just looking forward to getting another good pre-season under my belt.”

Wharton, who scored one goal from nine appearances for the U’s, has also revealed he has held a brief talk with Mowbray since returning from his loan spell although no hints were given about whether he was going to handed any first-team chances.

“I spoke to him the other day,” he added. “He said he’d heard bits about me but was just looking for me to come back fit and ready in pre-season.”