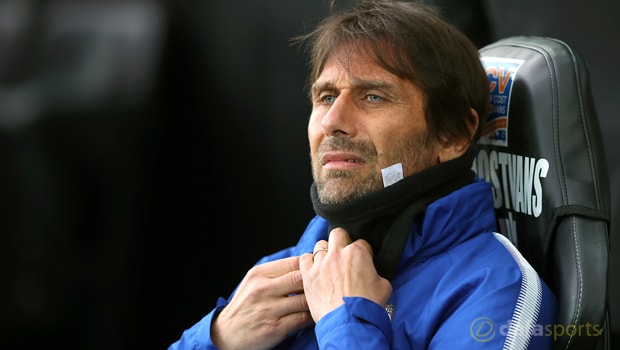 Antonio Conte feels Chelsea are asking the right questions of Tottenham in their bid to land a top-four finish.

Cesc Fabregas scored the only goal on Saturday evening as the Blues won away at Swansea City.

The win left them two points behind fourth-placed Tottenham, with three and four games each left to play respectively.

Spurs play their game in hand away at Watford on Monday and Conte says it important to apply the pressure as he has not given up on securing Champions League football for next term.

“We got three points and it was very important for us if we wanted to achieve Champions League football,” Conte said.

“The situation is not in our hands, but the only way to put a bit of pressure on Tottenham is to get three points in every game.

“It won’t be easy, we know they will play against Watford. But you know very well football is not simple.

“It is not simple to win a game in this league but for sure our situation is not in our hands.”

Conte has now won 50 of his 73 Premier League games in charge of Chelsea, with only Jose Mourinho (63) and Pep Guardiola (69) having reached a half-century of wins as manager in the competition in fewer games.

Chelsea’s hopes of a top-four finish might hinge on their ability to beat Liverpool, currently third, next Sunday at Stamford Bridge.