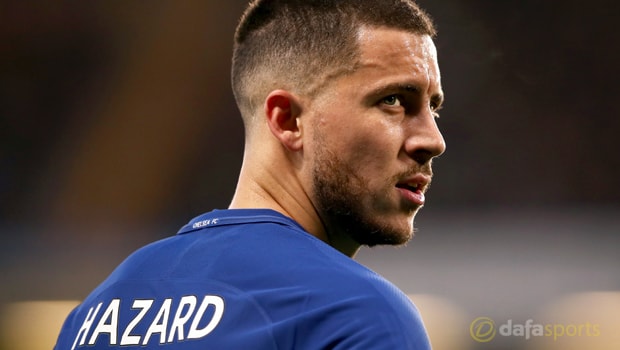 Chelsea boss Antonio Conte believes that playmaker Eden Hazard must win a Champions League medal to be considered alongside the greats of European football.

The Belgian is expected to line out in the ‘false nine’ position in Chelsea’s last-16 second leg against Barcelona in Spain, despite Hazard having aired his frustration about being used in the position.

The Chelsea boss suggests that Hazard must win more trophies to emulate the likes of Barcelona legend Andres Iniesta.

Conte appeared to aim a veiled bribe at his own player, suggesting that Iniesta was more of a thinker about the game.

“We are talking about two different players with different careers,” Conte said.

“We are talking about two different players. Hazard is more a number 10 and Iniesta is a thinking midfielder.

“And a midfielder that thinks, to stay always in the centre of Barcelona’s play.”

Hazard and Chelsea know the must score in the Nou Camp to stay in the Champions League, with the first leg at Stamford Bridge having ended 1-1.

Conte has also suggested that his players must be ready to ‘suffer’ in Spain, with the home side likely to domination possession.

“We know there are moments to suffer for every team against Barcelona, we must be prepared to suffer, to be compact.

But when you have the ball you must have the feeling in your head, your heart, to try to create the chance to score,” Conte added.