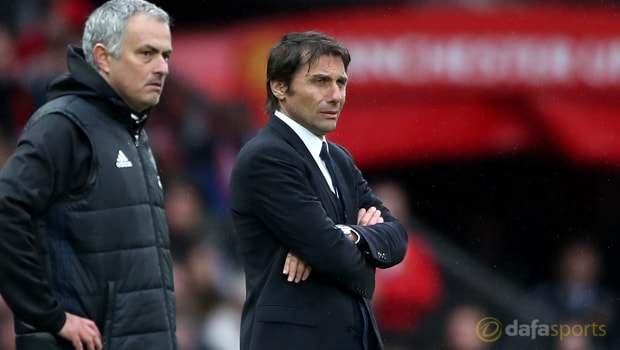 Antonio Conte has warned Chelsea they cannot afford to repeat the mistakes of the 2015/16 campaign when they begin the defence of their Premier League title.

Jose Mourinho returned to Stamford Bridge for the 2014/15 season and duly led the Blues to title glory.

But the Portuguese saw his team fall apart as they gathered just 11 points from their first 12 league games the following season and Mourinho departed in December, with the club eventually finishing in mid-table under interim replacement Guus Hiddink.

Conte landed the title at the first attempt last term and the former Juventus and Italy boss is determined to avoid the pitfalls of his second season at the helm as he took a timely swipe at the current Manchester United boss.

Conte also says he has no desire to become the third successive Premier League-winning boss to lose his job the following season.

“We know the difficulty of the next season and for sure we want to avoid the Mourinho season with Chelsea,” said Conte.

“Personally, I want to try to avoid the last two seasons. Because two coaches were sacked, from Chelsea and then from Leicester after they won the league.

For sure I want to avoid that.” New signing Alvaro Morata is bedding in after his arrival from Real Madrid and, with the Community Shield tussle with Arsenal now just a week away, Conte is not going to rush the Spanish international.

“Morata has just started training with us and has only been able to improve slightly in that time,” Conte said.

“He has a long way to go with his physical condition to get up to speed with the style of football we play.

He is working very well and today he tried his best but he still has plenty of improving to do.”

Chelsea are 4.33 to win the Premier League next season, while Mourinho’s Man United are 4.33.