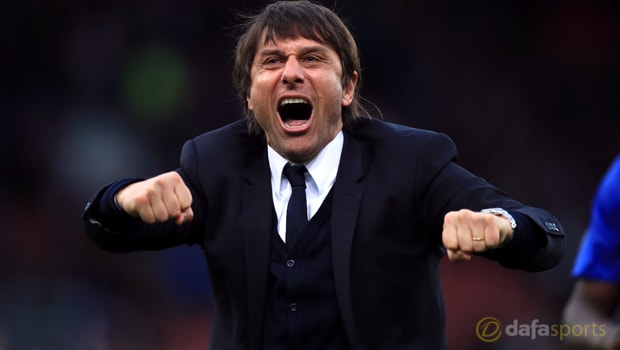 Antonio Conte believes his Chelsea side are the underdogs heading into Saturday’s FA Cup final with Arsenal.

The Blues were presented with the Premier League trophy on Sunday following their 5-1 hammering of Sunderland and now turn their attention to Wembley.

A victory will see Conte emulate fellow Italian Carlo Ancelotti by winning the league and cup double in his maiden campaign at Stamford Bridge.

However, despite his team having been the dominant force during the 2016/17 season, he says they are the outsiders for glory.

It has been another mixed year for Arsenal and having missed out on the Champions League places, will see the FA Cup final as a chance to redeem themselves.

Speaking about the match, the Blues boss believes his side’s success this season could count against them, as he feels their London rivals have a greater motivation to lift the trophy on Saturday.

“If you ask me who you think the favourites are now, I think it’s Arsenal,” he told a news conference.

“They only have this possibility to find a good season after a win in the FA Cup.

“For this reason we must find motivation and find in ourselves the right anger. The game will be very difficult, above all for this reason.

“Arsenal have missed out on the Champions League for the first time in I don’t know how many years, so we must prepare in the right way.

I’m not talking tactically. I’m talking about motivation, the right fire in our soul and our hearts.”