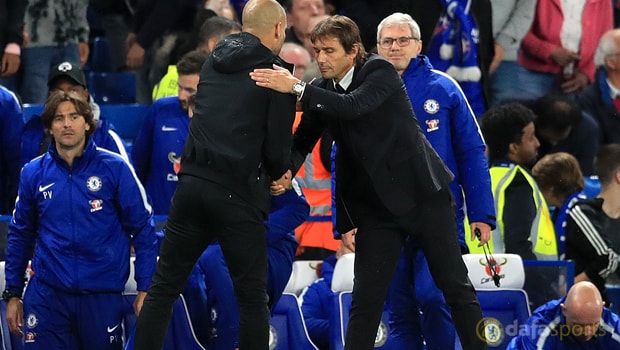 The Premier League champions fell to a second home league defeat of the campaign in just their fourth game on their home patch as former player Kevin De Bruyne netted a stunning second half winner for table-toppers Man City.

Pep Guardiola’s visiting side dominated proceedings for long spells and were in control for much of the game, the scoreline failing to truly reflect their dominance.

Man City had beaten Shakhtar Donetsk on Tuesday at the Etihad Stadium in the Champions League while Chelsea were involved in a real battle with Diego Simeone’s Atletico 24 hours later in the Spanish capital, coming from behind to win 2-1 via Michy Batshuayi’s stoppage-time strike.

Conte felt that shorter preparation time was a key aspect in Chelsea’s loss to Man City in a game that kicked off late on Saturday. “We could take this as an excuse,” said Conte.

“When you have to play another massive game a few days later, it’s impossible to press box to box.”

However, he did salute his players for giving their all against Man City and insisted they could have taken something from the game.

“For sure there is a disappointment for the result but I think when two great teams play these games anything can happen.

I’m pleased with the commitment. We gave everything. The most important thing is to see your players gave you everything,” Conte added.

“We played against a very good team and we created chances but we didn’t take them. City took their chance.

“When I see that my players give everything, we must be pleased.”

Man City are 1.75 to win the Premier League this season while Chelsea are 8.50 following their latest setback.