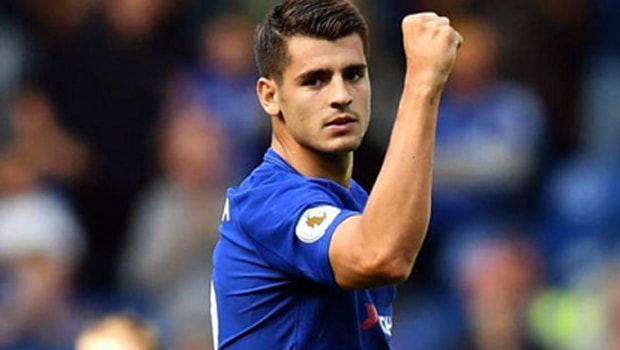 Alvaro Morata insists he is happy living in London and would be open to spending the next “ten years” with Chelsea.

The Spain international only moved to Stamford Bridge from European champions Real Madrid during the summer and is contracted to the west London club until 2022.

However, the 25-year-old, who has scored seven goals since his arrival in England, was recently quoted in an Italian newspaper saying that he did not plan to live in London “for very long”.

The 25-year-old has now moved to clarify those comments, insisting he is happy in the English capital and merely meant he plans to move back to his homeland when he retires from professional football.

“I’m really happy here and enjoying London with my wife,” he said.

“When I finish my career, I prefer to come back to my country. I prefer the place where I was born, that’s normal.

When I say London is a stressful city, I’m talking about the traffic and a lot of people. It’s an incredible city.”

Morata has even stated that he would be happy to sign a ten-year contract with Chelsea to reaffirm his commitment to the club.

“If Chelsea proposed ten years, I’d probably sign it,” he added. “I’m happy with everything. If I make good and improve, I can stay here more than five years.”

The former Juventus ace has failed to score in any of his last five appearances for Chelsea so will be hoping to end his mini-drought when the Blues travel to the Stadio Olimpico to take on Roma in the Champions League on Tuesday.