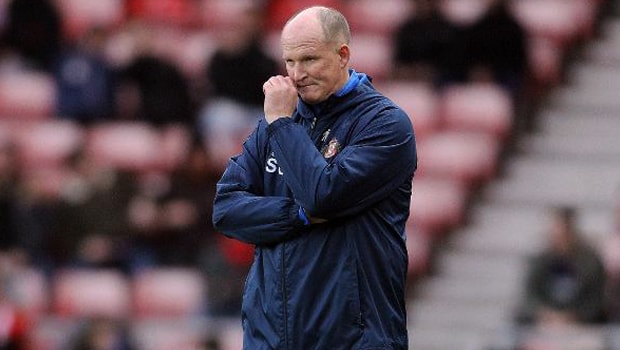 Simon Grayson insists he is still the right man to manage Sunderland and is confident he can guide the club clear of the Championship relegation zone.

The former Preston boss, who has only been in charge at the Stadium of Light since the summer, has won just one of his 14 league matches at the helm and the club are currently second from bottom of the standings, three points adrift of safety.

A second successive relegation for the Black Cats appears to be a distinct possibility but Grayson remains confident in his own abilities.

“I’ve 100% confidence,” Grayson told BBC Newcastle. “Am I the right man? Certainly am. I’ve been through things.

There aren’t better or experienced managers out there that would want this job, or can do a better job than what I’m doing at the moment in time.”

Next up for Sunderland is a home clash with Bolton, the only side below them in the table, on Tuesday night.

The Black Cats have not won a competitive match on home soil during 2017 but Grayson insists everyone connected with the club is remaining positive.

“I can tell everyone what a great environment we’re working in, a positive training ground, but results are all that matters,” he added.

“People will make their own minds up whether I’m the right man for the job but ultimately I’ve improved the club, and there’s a lot of work to be done.”

Sunderland are priced at 1.73 to win Tuesday’s match while Bolton are available at 5.00 and the draw is on offer at 3.60.