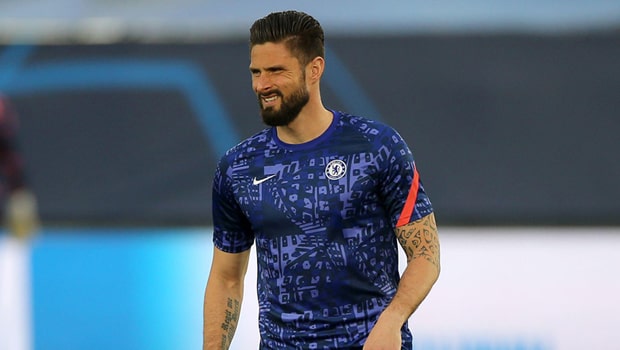 Reports indicate Chelsea’s Olivier Giroud is close to moving to Serie A club AC Milan on a permanent deal. The Italian side would pay Chelsea £1.7m for the French international.

Initially reported on by Sky Sports, the 36-year-old is set to travel to Italy to go through a physical prior to the move becoming official.

AC Milan would have to pay an initial fee of £860,000, with another £860,000 due depending on Giroud’s production and club’s potential qualification into the Champions League.

He had signed a one-year deal with Chelsea last summer, with the Premier League club opting for a 12-month extension on the contract just last month.

Premier League-wise, it was Arsenal that originally sold Giroud to Chelsea for £18m in January 2018 after six years with the Gunners.

Giroud joined Arsenal after winning the Ligue 1 title with Montpellier. Arsenal’s price tag to get him at the time was £10.8m.

In his time with Chelsea, Giroud scored 39 goals in 119 appearances, winning three trophies — most recently the Champions League title in May 2021.

Giroud did play in the current Euro tournament; France was knocked out by Switzerland in the round-of-16.

AC Milan and Chelsea have been tied to each other outside of this potential Giroud move. Milan signed Fikayo Tomori earlier this summer, and have also shown interest in the likes of Tiemoue Bakayoko and Hakim Ziyech.