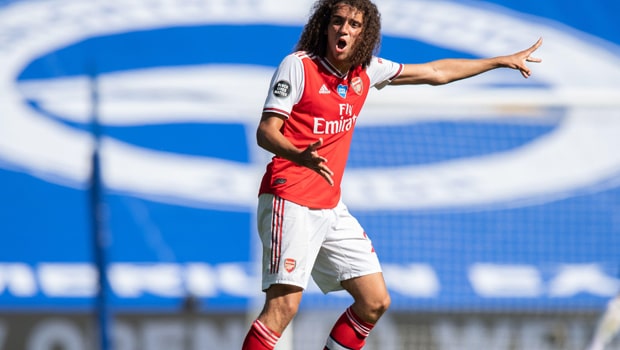 The summer transfer market has been a bit slow this season. It may be due to the financial crisis that some teams are going through because of the covid pandemic.

In the case of Arsenal, so far, the club has not formalized the arrival of any player. In fact, the club seems to be focused on getting rid of players who are not part of boss Arteta’s plans.

It recently became known that Matteo Guendouzi will move on loan to French side Marseille.

The Gunners published a statement on their website which reads: “The French under-21 international, joins the Ligue 1 side after spending 2020/21 in the German Bundesliga with Hertha Berlin, where he made 24 appearances during the campaign.

“Everyone at Arsenal wishes Matteo all the best next season with Marseille.”

Guendouzi is the third player to leave the Emirates in this transfer window after David Luiz became a free agent and Konstantinos Mavropanos renewed his loan spell with Stuttgart.

More players are expected to leave the Emirates in the coming weeks, as the club and Arteta have made it clear that certain names will not remain at the club.

Arsenal needs to strengthen their squad if they want to compete for silverware next season, and fans are unhappy with how passive the club has been in bringing in new blood.

The north London club are rumored to have been in talks with Houssem Aouar, James Maddison, and Yves Bissouma, but there is no official information to confirm this.

There is also speculation that a £25m double signing for Nuno Tavares and Albert Sambi Lokonga is close to completion.

Despite the rumors, fans have taken to social media to pressure the club to put their foot on the gas and bring in quality players for the next season.