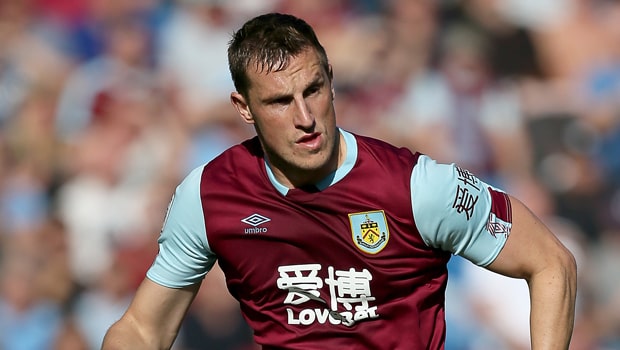 The Clarets forward was on target twice to hand Sean Dyche lads an emphatic victory over the Canaries.

Chris Wood scored two as Burnley earned their first win of the 2018-19 Premier League season. The striker opened the scoring for the Clarets in the 10th minute after heading in Ashley Westwood’s near corner following defensive lapses from the Canaries backline.

The forward doubled the Clarets’ lead in the 14th minute stroking home Dwight McNeil’s cross into the roof of the Norwich goal-post. It went from bad to worse for Norwich City as Midfielder Alexander Banor Tettey was forced off in the first half due to a groin injury.

The Clarets moved up to the seventh position on the Premier League log with the win after going five games without a win.

The Canaries missed several chances to take the lead against the Clarets with Daniel Farke’s side missing ten of its senior players due to injury crisis. Goalkeeper Tim Krul could join the injury list after sustaining a back injury during the warm-up.

Canaries gaffer Daniel Farke was pleased with his side’s showing but lamented about his side’s inability to take the lead in the game, “It was a close game – we had more possession, they had a few more shots. We had a good first chance, and if we had taken the lead, it would have changed the game. Our attitude was reactive and not proactive, and we invited pressure in the first 15 minutes. We were one step too late”, the Canaries gaffer was quoted as saying.

The Canaries are placed 16th on the Premier League log after this loss and are set to travel to Selhurst Park where they play Crystal Palace next week.

Norwich have an opportunity to redeem themselves against Crystal Palace. Norwich are backed at 3.76, while Palace are priced at 2.00 to win.