Posted by Ayotunde Omolayole on September 22, 2019 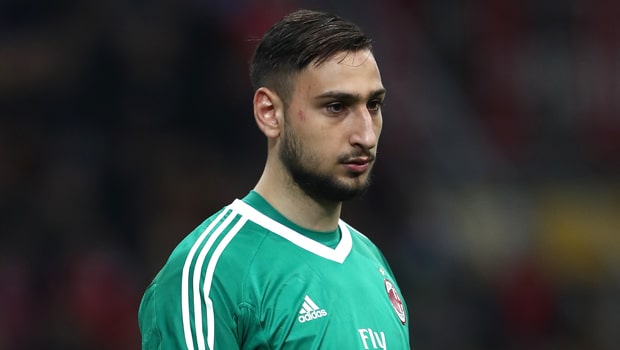 The match was played at the San Siro Stadium. The Victory was the Nerazzurri’s 4th Straight win of the league campaign leaving them six points clear of the Rossoneri.

The highly-charged game was played in a good atmosphere. Inter started off the stronger side and almost took the lead in the 18 minutes. Belgium striker Romelu Lukaku was denied an opening goal when AC goalkeeper Gianluigi Donnarumma saved his sharp shot.

The league leaders piled more pressure and were again denied in the 21st minute. Inter midfielder Stefano Sensi’s low strike was parried away by the excellent Donnarumma into the path of the on rushing Danilo d’Ambrosio who could only hit the ball against the post.

Inter continued to Mount pressure on the designated home side who will count themselves lucky not to have gone into the break a goal behind.

The Nerazzurri started the second half where they left off in the first and continued to put pressure on the coach Marco Giampaolo Side.

Inter’s persistence finally paid off in the 49th minute when Croat Marcelo Brozovic’s deflected shot of AC Milan midfielder Franck Kessie beat Donnarumma to give the away side a deserved 1 nil lead. Although there was some waiting time before the goal was confirmed by VAR, the away side was still not done and in the 61st minute, Argentine striker Lautaro Martinez peppered the AC goalkeeper who saved his team once again.

The AC Milan defense was again breached in the 78 minute when Lukaku glanced a Nicolo Barella Cross into the net to give Inter the needed two-goal cushion.

The Rossoneri barely threatened the Inter goal as the match dragged on until full time. The away side claimed the three points and bragging rights for the second successive season. The win also guaranteed them a top spot with 12 points, two points clear of their nearest rivals Juventus FC. While the second loss of the season for AC Milan leaves them 9th on the table.

Coach Antonio Conte’s men maintain their 100% record while we await the completion of the rest of this weekend’s fixtures.

Inter Milan will face a strong Lazio side in their next fixture. Inter are priced at 2.06, while Lazio is available at 3.66.