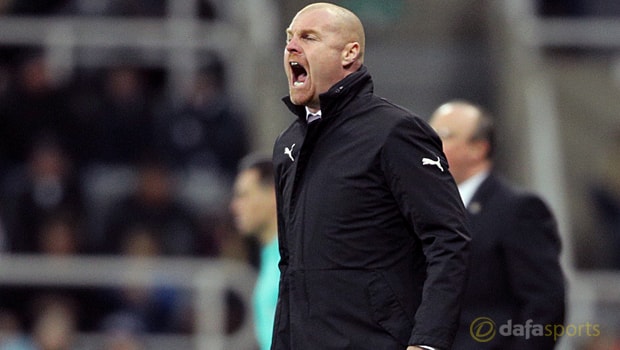 Burnley manager Sean Dyche insists he will not allow his players to ease off and relax during the second half of the campaign and has challenged them to rediscover their form.

The Lancashire side were the surprise package in the first half of the campaign as they even climbed into the top four at one point, but they have not been able to maintain those levels of consistency.

Burnley are currently without a win in eight games in all competitions and injuries appear to have taken their toll on a tight-knit squad.

However, the Clarets still remain in eighth place with 34 points to their name and are just a couple of wins away from hitting the magic 40-point mark.

Dyche has refused to allow his players to relax for the remainder of the season and insists they must always be looking to move up to the next level.

“We were speaking about it with the players the other day, that internal individual goal-setting, the team goal-setting, where can we take the season?

“We’ve had a few changes lately, on and off the pitch, with injuries and results and playing against some of the best sides in the country.

“But over the season there has been good work done, so we’ve got to keep building on that.

“There’s the rest of this season, moving into next season. It’s a constant thing here, so there’s definitely no sitting back from me and definitely not from the players.”

Burnley are priced at 3.75 to win their next Premier League outing on Wednesday when they travel to Newcastle, who can be backed at 2.20, while the draw is available at 3.10.